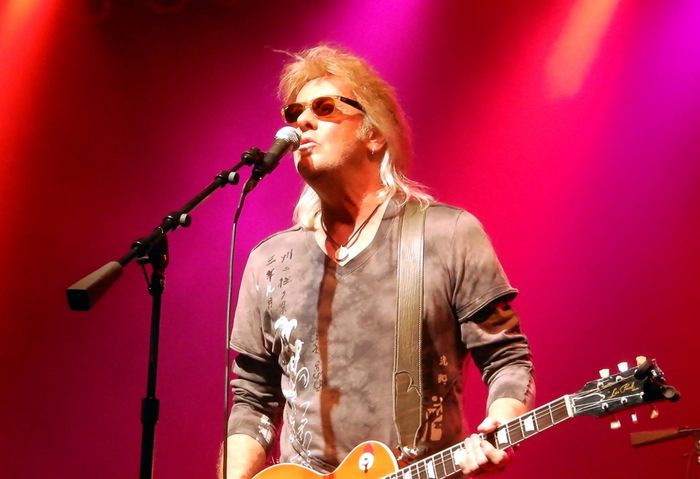 SOFT ROCK MONTH AT HARRAH’S: AN INTERVIEW WITH PETER BECKETT OF PLAYER

Eddie’s Interview with Peter Beckett and Ronn Moss of Player

Peter Beckett Of Player Talks To Dave Fogel Before Tonight’s Show In Aurora!

*THE RETURN OF SOFT ROCK*

May 28, 1988
By Larry Schoorling
PALADIN INTERVIEW


PM: Who owns the Player name?
PB: Peter Beckett
PM: Who are you managed by?
PB: No current manager
PM: Was there ever any talk of a Player reunion?
PB: No
PM: Do you still keep in touch with any other members besides Ronn?
PB: No
PM: What was your reaction the first time you heard "Baby Come Back" on the radio?
PB: Excited!
PM: After "Baby Come Back" became a #1hit, did you ever hear from the girl that you wrote it about?
PB: No. Thank God!
PM: Are you self-taught on guitar and keyboards?
PB: Yes
PM: Were you ever in the school or church choir?
PB: No
PM: Why did The Thoughts record the single "All Night Stand", but never put out an LP?
PB: In those days, if the single died the LP was never born.
PM: Did you ever record with your 60's bands, Whip or
Winston G and The Wicked?
PB: No
PM: What was your involvement with Tin Tin? You wrote a few songs(I'm Afraid/Handle Me Easy) for the band, and your voice can be heard on these tracks.
PB: I replaced Steve Kipner when he went to the US.
PM: What made you decide to change from playing bass to lead guitar?
PB: A job offer
PM: I read in a teen magazine from 1973 that you were in a band called Zed. Was that incorrect info?
PB: ZED!
PM: What was your involvement with Steve Kipner's band 'Friends'. You wrote a song for their LP called "Applecart". Were you ever part of Friends?
PB: Yes, they evolved into Skyband
PM: Are you still in touch with Steve Kipner, and do you think there will ever be a third 'Think Out Loud' LP?
PB: Yes, and No
PM: Did you ever tour as 'Think Out Loud' ?
PB: No, we never really had a band. It was just Steve and I.
PM: Do you feel the timing was bad when you joined LRB as you had your solo CD out at
PM: Why did Skyband disband?
PB: Skyband broke up and Player began.
PM: Is it true that Skyband opened up for the Jackson 5 and Peter Noone?
PB: Yes, it's true.
PM: Did you touring with Little River Band have any influence on your success with your BECKETT solo CD?
PB: No. I tried for a single hit with "Brother Louie", but there was no plan to tour with the hit.
PM: Why do you decide to choose to back up other recording artists, instead of putting yourself out there as a solo artist?
PB: Good money
PM: What kind of music has inspired you?
PB: Pop, Blues, Rock
PM: Who has inspired you the most?
PB: Paul Rodgers, Hall and Oates, Foreigner, Stevie Ray Vaughn
PM: What artist do you enjoy listening to?
PB: Love 'Coldplay' !
PM: What was the last concert you attended?
PB: 'Eagles' 2006
PM: Do you see yourself producing new talent in the future?
PB: Yes
PM: Is there a song that you have written but never recorded
and would like to?
PB: I have a song called "Sins Of Yesterday", a great ballad.
PM: You mentioned that you have hundreds of "rarities" at home. When do we get to hear them?
PB: Guess what? My computer died with my catalog of 280 songs. GONE!
PM: What can we expect from your new CD that you are working on?
PB: Organic, blues oriented rock and soul
PM: If you had your career to do over again, what would you do differently?
PB: Work harder!