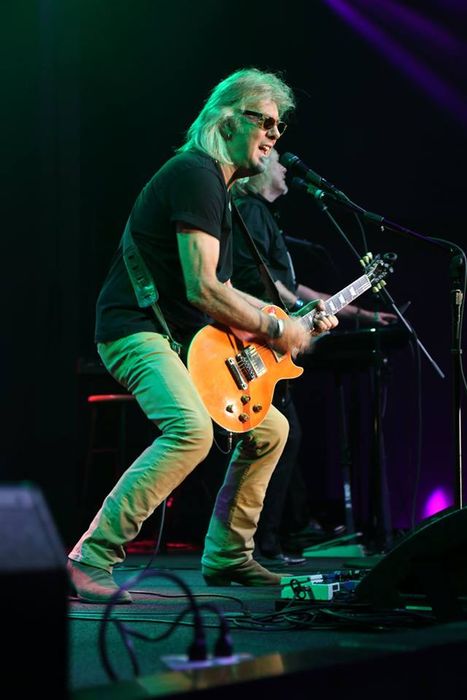 Although Player officially retired as a touring band, Moss and Beckett have partnered on occasion. The duo recorded an additional studio album as Player, released in Japan in August 1995 as Electric Shadow and renamed Lost in Reality when put out on River North Records in the U.S. in May 1996. On December 16, 1997, Player played live for the first time in years at the L.A. Music Awards at the Hollywood Palladium, with a lineup consisting of Beckett, Moss, Elliot Easton (of The Cars) on guitar, Burleigh Drummond of Ambrosia on drums, and Tony Sciuto of Little River Band on keyboards. A compilation album, Best of Player, was released in 1998.

The response to the group's reunion show was so enthusiastic that they had several offers for more concert dates. River North Records dropped the band, and Player tried to buy back the rights to the Lost in Reality CD but were unsuccessful.

Player toured in 1998 with a lineup of Beckett, Moss, Sciuto, Drummond, guitarist Steve Farris (formerly of Mr. Mister) and percussionist Ron Green, with guitarist Dave Amato (from REO Speedwagon) and drummer Ron Wikso (formerly of Foreigner and The Storm) filling in as needed depending on the schedules of the others. A 2000 lineup of Player included drummer Craig Pilo, guitarist Michael Hakes, Green, Sciuto, Moss, and Beckett playing more shows across the United States. Michael Hakes died on November 19, 2003 from complications of leukemia. After Hakes' death, the band stopped touring and concentrated on other projects.

By 2009 Rob Math (guitar) and Johnny English (keyboards) had come in to replace Zacharaides and Roth. On November 14, 2009 J.C. Crowley temporarily reunited with Peter and Ronn at Agua Caliente Casino Resort Spa in Rancho Mirage, California for a tribute concert to Dennis Lambert in a charity benefiting the Desert Arc Foundation.

In February 2013 Player released their new album Too Many Reasons on Frontiers Records. They toured throughout the United States and Canada over the summer as part of the Sail Rock 2013 with Christopher Cross, Gary Wright, Al Stewart, Orleans, Firefall, Robbie Dupree and John Ford Coley. They perform locally at the House of Blues and The Canyon Club in Los Angeles.

PLAYER toured Australia for the month of November 2014 and joined Rock The Yacht 2015 to tour with Little River Band, Ambrosia, Robbie Dupree, and Stephen Bishop. They then went on tour in 2016 with Yacht Rock Revue, Ambrosia, and others .